A Story of Light

We are unveiling more of a Story of Light: Gemini today.

-This story is set in the same universe as Polaris, both are part of the same "canon".
-More of the LudoSport lore will be shown, including the reason why we have to name our sabers.
-The Story is written by Pierre Sanchez and Manon Bascou, while the art is done by Pep's Storm.
-The first volume of this story is already written, it is divided into 5 chapters of 15 pages each.
- It is a shonen-style manga.
-The project is created and managed by Ludosport Paris, but the story was validated by the SLM to avoid overlaps.
-It will be a free webcomic, meaning we want to save on printing costs in order to deliver a complete story to everyone, everywhere.
To make it a reality, we will need your help!
A crowdfunding will soon be available, including all the rewards you know and like:
-Various cameos inside: small cameo, comic strips in chibi style, manga style commissions, and a very special "create your character" perk (More than a brief appearance, you will be part of the story!).
-Of course all the classics (exclusive rings, t-shirts, etc) will be there, as well as limited edition art prints.

All the funds raised by the campaign will be used for two purposes: covering the perks’ investment, and paying Pep’s to work full time on the manga.

Your support will be key to make the story of the first volume reach its end.

Last but not least... We are proud to present to you the prologue of 5 pages, in different languages:

A Story of Light

Last year we told you Netflix bought the rights for ASoL: Polaris. Ok, it was a joke.
But today, we can announce that the "A Story of Light" universe is getting a whole new story, with A Story of Light: Gemini.
And yes, it is a Manga (a shonen, more precisely), drawn by Pep's Storm.

"Mia is an instructor of the Paris Academy, teaching LudoSport Light Saber Combat. Devoted to this found family, her world is being shattered when a new enemy appears.
Using the same techniques of light saber combat, the Hunter hurts her pupils and forces her to make the toughest decision in order to survive.
Now she must become stronger and fight back to protect her family. This quest to find strength inside the network of athletes will bring her more answers than she thought, and make her delve into her past. "

You may still think it's another April's fool joke. You may be right.
The best way to find out is to come back on this page tomorrow to discover the first pages and more updates about the project (if that's true, but we think it is :D). ... See MoreSee Less 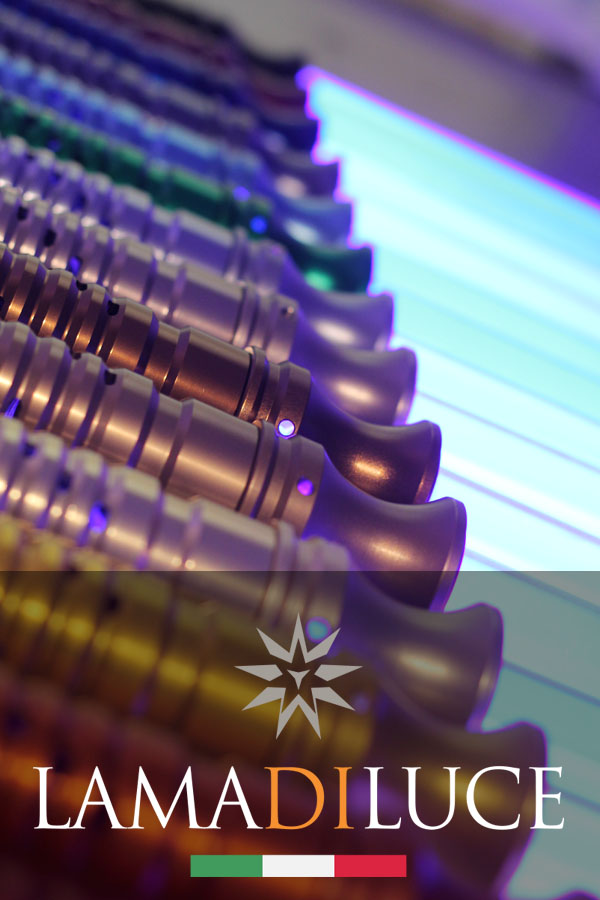 Jake is a young man who loves music, his friends, his Vespa and his favourite sport. In the gym he goes to in Milan, he will discover something that he would never have imagined: his Masters are not who he thought they were, and more importantly, the weapon he uses for light saber combat can actually be activated, turning into a lethal weapon. Which of his course mates knows the secret of Polaris? But above all, what do the Masters and their most loyal followers have in mind? Together with his friends, Jake will go on a journey to discover the truth, meeting adversaries and allies, and will discover that it is not always easy to know the difference between them.

“A Story of Light: Polaris” is a comic book that speaks about real people that we may meet in the street or – in this case – in a gym. These people however, live in a world very similar to ours, where some elements are new and mysterious. A world where we will find aliens, monsters, incredible technology and superhuman threats that can only be faced with a legendary weapon… In this world we will also find friendship, value, courage, compassion and so much adventure.

“A Story of Light: Polaris” is a meta-dimensional comic as it allows you to know (and recognise) the protagonists and places where Light Saber Combat is fought in the real world. 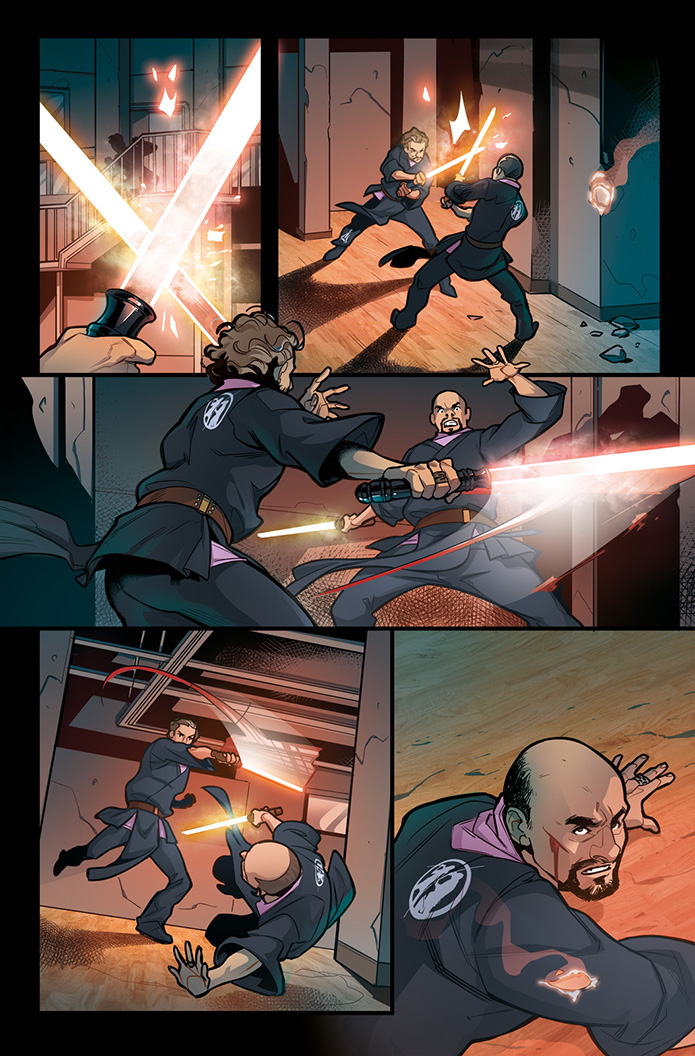 The LudoSport Founder Masters developed the heart of a story years ago when the real and imaginary planes merge, where real people could move from one plane to the other via sports competition.

One of the leading comic authors in Italy, Giovanni has worked for years at Sergio Bonelli Editore where he developed stories for Dylan Dog, Martin Mystère and many others. After several experiences as producer of comic series, he contributed to the creation of the “A Story of Light: Polaris” universe, together with Gianluca and Simone, who have also collaborated with him as consultants for combat scenes.

With her great talent of dynamic portrayal and in creating combat scenes, Valeria was recruited by the “Assassin’s Creed” franchise to visually develop the comic book “Assassin’s Creed: Reflections”. She then joined this project and helped the authors to materialise the world that they had imagined and made it unique and fascinating.

With long-standing experience as a professional colourist, Daniele and his team have coloured for the big names: Marvel, DC comics, Image, Penguin, Devil’s Due, Sergio Bonelli, Soléil and several others. Their careful, vivid touch further embellishes each storyboard of “A Story of Light: Polaris”.

THE COMIC WITHIN THE COMIC

“A Story of Light: Polaris” contains a “special feature”: each issue hosts a single lightsaber combat technique developed by the LudoSport Masters and practised within the network. A special illustrated insert by the artist Anna Diaz will describe the technique in detail to satisfy the curiosity of even the most careful.